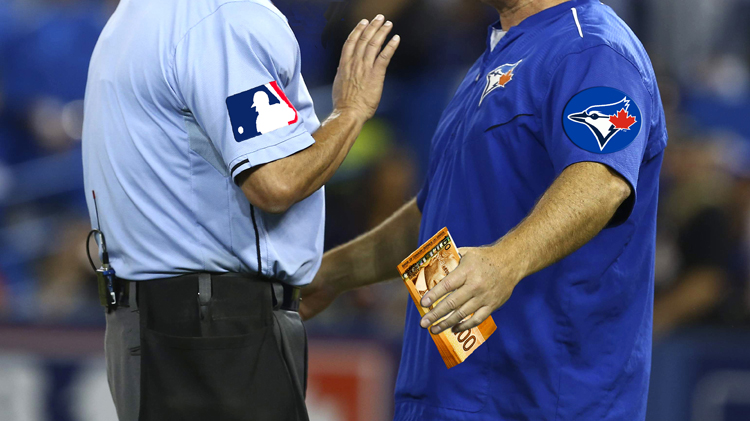 50-group coalition, and more than 6,000 B.C. voters, call for annual donation and loan limit for individuals (including candidates) of $100 (as in Quebec), stronger enforcement and penalties for violations, and annual per-vote and donation-matching public funding only if parties can prove it’s needed

High donation limit will lead to funneling of donations by businesses and unions – as happened in Quebec and at the federal level – and ongoing unethical influence by wealthy donors (in 2015, federal Liberals received almost 23% of their donations from just over 4% of wealthy donors who gave $1,100 or more)

Same changes should be made to municipal political finance system across B.C.

OTTAWA – Today, as the B.C. NDP prepare to introduce their political finance bill, Democracy Watch and the Money in Politics Coalition (made up of 50 groups with a total of more than 3 million members), joined by more than 6,000 B.C. voters who have signed a petition on Change.org, called on B.C.’s political parties to make the following changes before the legislature breaks for the upcoming provincial election:

“While it seems like the B.C. government’s political finance bill will include some key changes, the too-high donation limit will encourage funneling of donations from businesses and unions through their executives and employees and their families, as has happened in Quebec and at the federal level,” said Duff Conacher, Co-founder of Democracy Watch and Chairperson of the Money in Politics Coalition. “The donation limit is much higher than an average B.C. voter can afford, and will allow wealthy people to continue to use money as an unethical way to influence politicians and parties.”

Years of experience and scandals in Quebec before 2013, at the federal level since 2007, and in Toronto since 2009, show clearly that setting a donation limit that allows individuals to donate more than $1,000 each year will allow the unethical influence of big money donations, and cash-for-access fundraising schemes, to continue in B.C.

“As Quebec, federal and Alberta donation scandals show clearly, the only way to stop the unethical, undemocratic influence of money in B.C. politics is to stop big money donations by allowing only individuals to donate only $100 a year,” said Conacher.

Enforcement also needs to be strengthened as Elections B.C. was revealed in the spring to be failing to catch violations that the media has exposed with simple audits, including appointing a special prosecutor to ensure all violators are prosecution in the recent lobbyist-donation scandal.

Democracy Watch is also challenging in court the B.C. Conflict of Interest Commissioner’s ruling that no conflicts of interest were caused by B.C. Premier Christy Clark’s high-priced, exclusive fundraising events.

The many donation scandals across the country show that low donation limits are the only way to stop the influence of big money. Few have been charged in Quebec’s corruption scandal even though an Elections Quebec audit found $12.8 million in likely illegally funneled donations donations from 2006-2011. To stop the corruption, in 2013 Quebec lowered its individual donation limit to $100 annually to each party, with an additional $100 allowed to be donated to an independent candidate), and required donations to be verified by Elections Quebec before being transferred to parties and candidates. B.C. should make the same democratic changes.

At the federal level, SNC-Lavalin illegally funneled almost $118,000 to the Liberal and Conservative parties, riding associations and candidates through its executives and employees from 2004 to 2011. And former-Conservative MP Dean Del Mastro’s cousin was charged in 2014 with illegally funneling donations through his business’ employees. There are likely many more examples of illegally funneling of donations at the federal level, as it seems Elections Canada has not yet done the full audit it promised to do in 2013.

As in Quebec, when Elections Canada has not yet done the full audit it promised to do in 2013 it found dozens of illegal donations. As well, in a 2013 scandal in Alberta, a coalition of construction companies made it clear that Elections Alberta did an audit in 2012
their big money donations were conditional on the Alberta government changing the labour law.

As well, the Liberals have been recently caught in a cash-for-access scandal as Prime Minister Trudeau and several Cabinet ministers have attended about 90 high-priced, exclusive events since January 1, 2016. And, as the Globe and Mail reported on October 25th, one of the events was a fundraising event to be attended by the Finance Minister that a drug company executive helped organize while his company lobbied Finance Canada.

Toronto’s experience is another example of how high donation limits allow donors to get around bans of corporate and union donations. Such donations were banned in Toronto elections in 2009, and individual donations limited to $750 annually, but a 2016 analysis by the Toronto Star found that big business and other special interest group executives and their families continue to give large amounts to city councillors.

If the parties can prove that they need public funding, annual per-vote funding should be no more than $1 per vote, and the parties should implement a similar annual public funding matching system as Quebec ($2.50 for the first $20,000 raised annually by each party, and $1 for the first $200,000 raised annually). Elections Quebec has analyzed the results of Quebec’s changes and found that the parties are still adequately funded.

“To match Quebec’s world-leading democratic system, B.C. must limit individual donations to about $100 annually and, if the parties can prove they need it, use per-vote and donation-matching public funding to give parties and candidates funding based on their actual level of voter support,” said Conacher. “Similar changes should be made to B.C.’s municipal law, taking into account that there are no parties in most municipalities, to ensure every city and town across the province has the same democratic rules.”