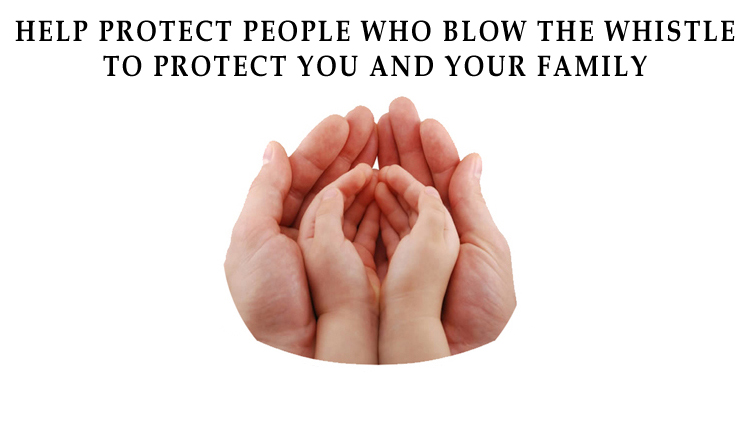 Governments across Canada need to make all the changes needed to ensure government and business whistleblowers are fully protected, as banking and airline scandals show

OTTAWA – Today, Democracy Watch called on the federal Liberals to make the protections from harassment and assault in Bill C-65 actually effective by extending whistleblower protection to all federal workplaces, including Parliament. Bill C-65 does nothing to change the Canada Labour Code’s requirement that federal workplace victims file complaints with their boss, who is often the harasser.

As some commentators have pointed out, the federal House of Commons and Senate harassment complaint systems are secretive and rigged in favour of covering up wrongdoing.

Last June’s report released by the House of Commons Government Operations Committee called for many key changes to change the law and enforcement system to strengthen protection for whistleblowers who report wrongdoing by people in the federal government. However, Treasury Board Minister Scott Brison rejected the Committee’s recommendations in an October letter – committing the government only to reinforcing the internal disclosure process.

Democracy Watch appeared before the Committee twice, and its submission included the Change.org petition that more than 21,000 voters signed calling for 17 key changes by the federal government to protect people who blow the whistle on government and big business abuse, waste and law-breaking. As the current banking service scandal and airline service scandals show, such protection is much needed.

“The committee unanimously recommended many key changes to strengthen protection for people who blow the whistle on wrongdoing in the federal government but the Trudeau Liberals rejected the recommendations and continue to let people in federal politics who do wrong threaten and attack people who try to disclose their wrongdoing,” said Duff Conacher, Co-founder of Democracy Watch. “The committee, public sector unions and citizen watchdog groups are unanimously calling for key changes to strengthen whistleblower protection, as are tens of thousands of voters who have signed a national petition, so there is no reason for the Liberals to delay making these changes, including to Bill C-65.”

Democracy Watch also called on Parliament to fire Public Sector Integrity Commissioner Joe Friday who, for the third time, was found guilty in December by the Federal Court of violating a whistleblower’s rights.

“The federal Liberals claimed in their 2015 election platform that greater openness and transparency are fundamental to restoring trust in Canada’s democracy but if they don’t strengthen whistleblower protection and use an independent process to appoint a new, effective Integrity Commissioner, they will break their open government promise,” said Conacher.

“Unfortunately, the committee did not recommend any changes to strengthen protection for whistleblowers who work for federal politicians or for businesses that are regulated by the federal government, and the Liberals also need to make those changes to help stop the widespread, serious wrongdoing and abuse caused by politicians and people in Canada’s big banks and other financial institutions, and in airlines, phone, cable TV, food, mining and forestry companies,” said Conacher.

“The committee should have also recommended requiring disclosure of the identity of all wrongdoers because the public has a right to know when one of their government’s employees does wrong,” said Conacher.

People have tried to protect Canadians by blowing the whistle on governments wasting billions of dollars, approving dangerous drugs, and covering up scandals, and on big businesses gouging them, selling them hazardous products, and covering up pollution and oil spills.

These whistleblowers have been harassed, fired from their jobs, sued, silenced and hurt by governments and big businesses – all because Canadian whistleblower protection laws are weak and enforcement is negligently bad.

The federal Liberals failed to include any promises to strengthen whistleblower protection in their 2015 election platform. The federal Conservatives did little to strengthen whistleblower protection from 2006 to 2015, and actually covered up scandals involving the Public Sector Integrity Commissioner (who enforces the federal law). Other federal parties have done little to push for key changes.

Democracy Watch will continue its ProtectWhistleblowers.ca letter-writing campaign and petition until these changes are made across Canada.